MASOUMEH ATAE is attacked brutally by acid by her ex-husband’s father 1.5 years after divorce. Despite losing her sight and severe burning, she tries to obtain the custody of her son.
As the representative of some victims, she goes to other victims and writes letters. To change the penal laws and to better the victims’ social conditions . With her resolute efforts during the making of the film . She creates a form of painting by using Braille, and eagerly plays music and does pottery at the same time. She tries to make beautiful life with her son……

SONA MOGHADDAM was born in TEHRAN Iran in 1974. She has studied Directing of film ( B. Sc) and Dramatic Literature ( M. Sc ) . She is an Iranian female filmmaker who is interested in creating strong character driven films about women who defy to the social wrong conventions and tries to change them. Masoumeh is her first feature documentary film that has nominated and won more than 12 international film festivals.

Bookings are closed for this event. 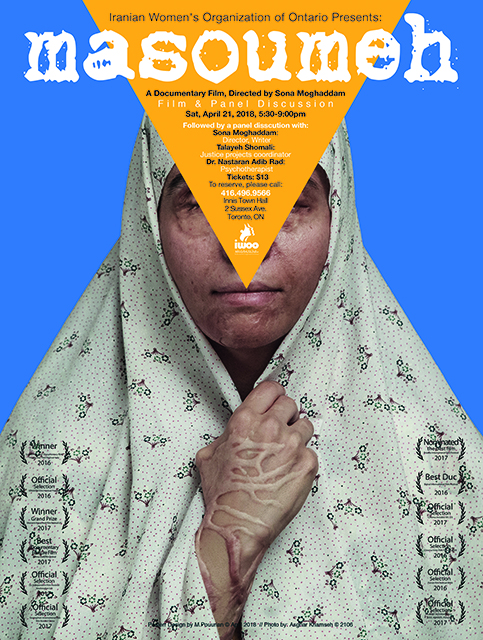 Join our Newsletter to get the latest updates from IWOO.